These are the model sailplanes & gliders currently under development.

The Goppingen go 4 or Goevier is a German sailplane of the late 1930s years are used for training pilots. Its most notable features include side-by-side seats and dual controls, making the plane ideal for use as a trainer. 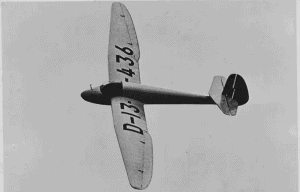 The Super Albatross was created from a Baby Albatross fuselage pod and tail boom. The wings used the outer panels of the Senior Albatross. The resulting aircraft was of wooden construction, with the wings and tail surfaces covered in aircraft fabric. The tail boom is a metal tube.

The Super Albatross from Jilles Smits is modelled at a scale of 1/2.5  The prototype to be very soon. 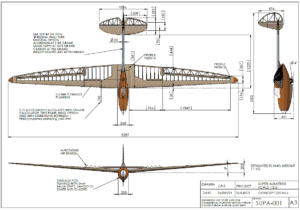 With prototypes rolled out in September and December 1951, the SZD-8 Jaskółka (Swallow) was a high-performance glider for its day, introducing several innovations to glider design such as a sliding moulded Plexiglas canopy, recessed handle in the rear fuselage for ground handling and a semi-retractable main wheel. The all-wood wings were covered with plywood and fabric incorporating Fowler flaps on the trailing edges, which could be lowered to 12° or 25°, and Schemp-Hirth style air brakes aft of the main spars.

This 1/3 scale design from Jilles Smits captures this aircraft beautifully.  A full build of the prototype can be found here: 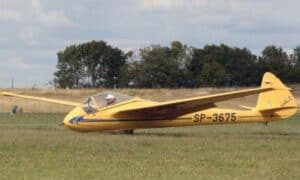